What’s in Store for Book 4 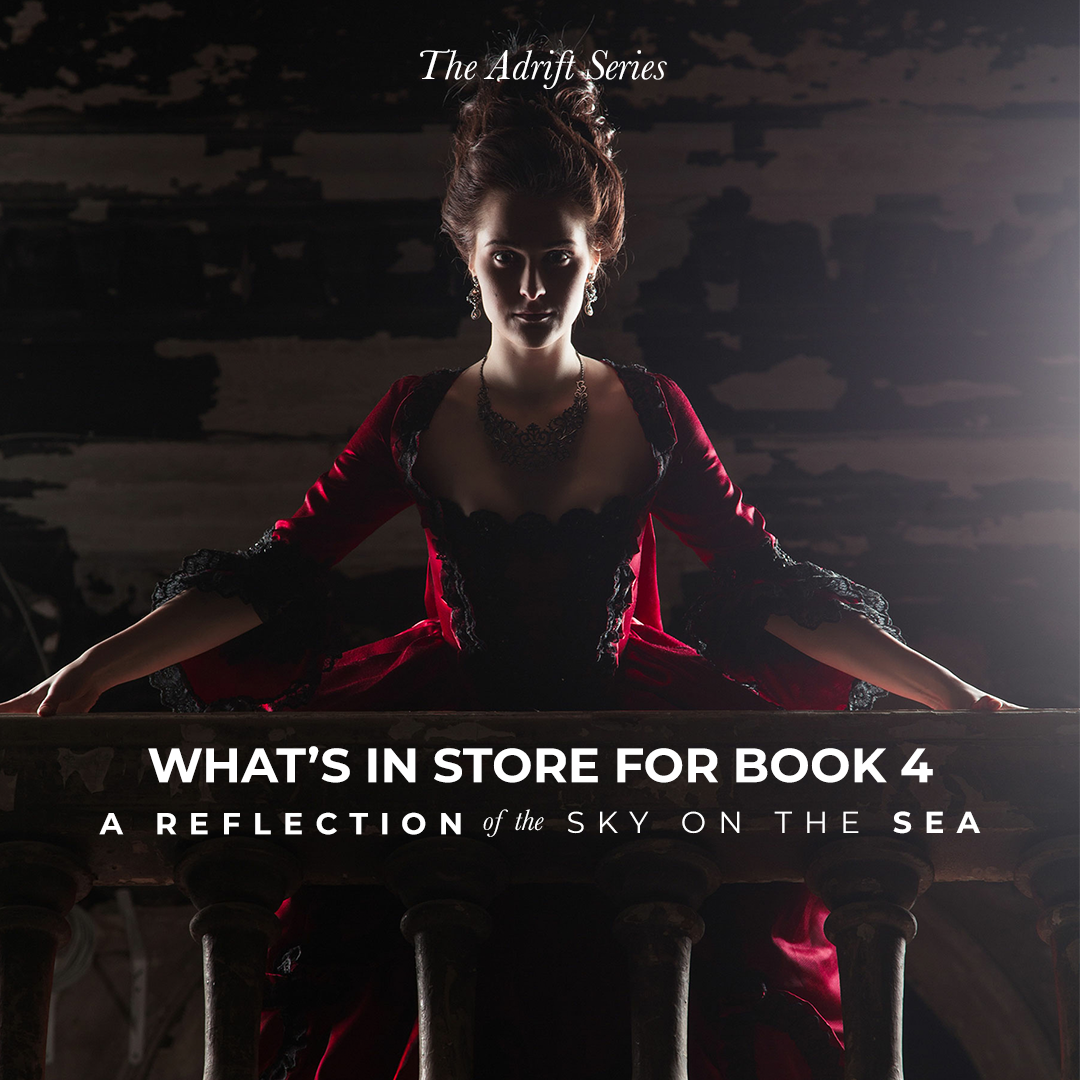 Don’t worry, I’m not going to give away the bank here, but, since I’m wrapping this gem up now, I thought I’d share a bit of insight as to what to expect. Where book 3 slowed its pace in the second half to give you time to settle in to these relationships, this one is moving much more quickly. There’s a lot going on!

In book 4 you’re going to get a few answers to several open questions. How did they get there? What happened to the back of the plane? Who put that knife in their bed? How did Juan Josef escape? What caused Alaina and Chris’s memories to change?

In this story, our characters are faced with a dilemma. To kill the Albrecht or take baby Cecelia back through the storm? Are changes to history immediate or will they take time? Can they really bring Anna back? How will Chris overcome these changed memories? Can his relationship with Maria survive or are they back to square one?

Third, the addition of a new main character

Ah, Cecelia has arrived. In this story, she takes a bit more of the spotlight. We’ll see this world and group from her perspective, and follow along as her involvement in time proves to have been predestined… is there a new romance blooming? Maybe…

The group is going to be spread out a bit. Who is good and who is wicked when the end goal for everyone  is simply to return home safely with their families? Witness an 18th century Panama, prolonged time spent on an old ship, the slave-trade, the colonial rebellion, and more! So much is happening!

Do I smell a spin-off series? In this book, we’ve introduced a name that will, after book 5 is released, be the start of a new tale, set under the same circumstances and in the same time, but with entirely different results.

Oh there are lots more Jim-isms coming!! I cannot get enough of these southern sayings!