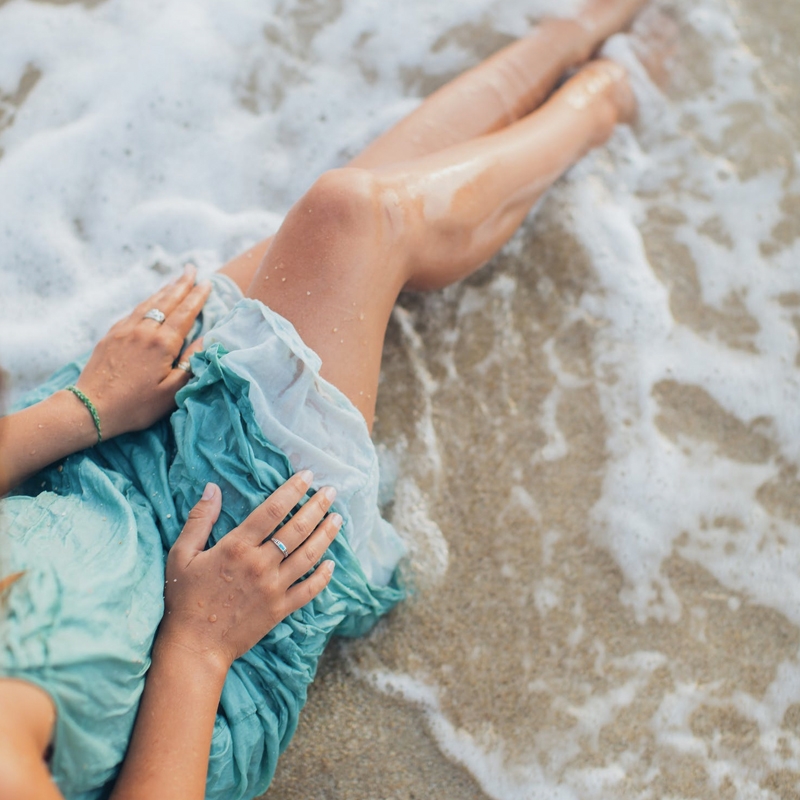 She was undoubtedly beautiful. It was as if she’d been pulled from a magazine. Her long dark hair had dried and formed loose curls that blew endlessly in the wind. Her almost black eyes sat beneath thick lashes and her lips held a pout that screamed invitation. She was tall, lean, and held an exotic natural beauty that most women would kill for. To any man, he was sure, it might seem as though they’d found themselves in a paradise alongside such a gorgeous woman… that is, until she spoke.

The minute her eyes opened, her mouth would start running. Her thick Spanish accent, once endearing, now was the source of his nightmares. Even the way she would say his name made his blood boil. He’d always prided himself on being a patient man, but this woman, he was sure, would make even the saintliest of men contemplate murder.

“Are you really going to stand here all day?” She berated, “you can’t catch nothing just standing there… except maybe a sunburn. This is stupid. If my boyfriend was here, he would have caught the whole ocean by now!”

He could feel his muscles tensing, his entire body fighting the urge to spin around and launch the bolder at her instead, but he held the rock steady and focused his attention on the water, attempting to drown her out.

She groaned, sitting down on the rocks behind him to comb her fingers through her hair. “None of the fish seem to care about your little trap. Maybe they don’t like crab meat.” She laughed mockingly.

“Maybe they’re not coming because you never shut up.” He hissed through gritted teeth, his arms beginning to shake beneath the weight of the rock.

“Or maybe they are all watching you thinking, ‘look at this stupid man and his little rock!’” She smirked, stretching her legs and leaning back to let the sun shine upon her face.